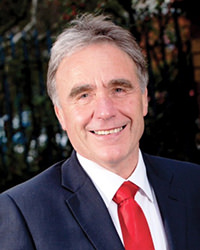 Tom Miskell is a Non Executive Director of Integer Advisory, with over 20 years of experience in the social housing sector.

Tom initially worked for the Housing Corporation in both a regulatory and investment role. After a secondment as Assistant Director of Housing at Derby City Council Tom joined a newly formed stock transfer organisation (Hambleton) as Director of Central Services.